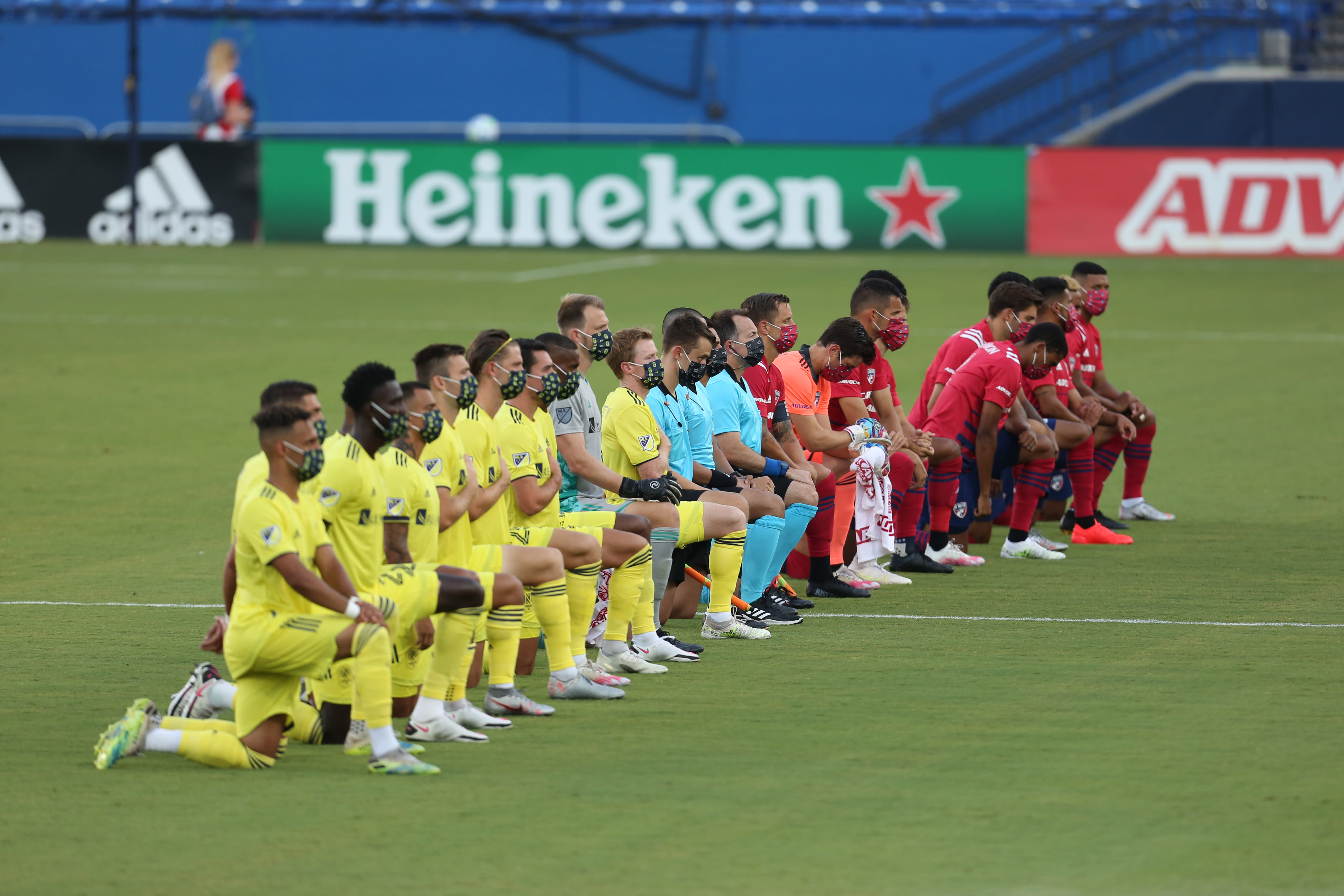 After being booed and having objects thrown at them by their own fans for taking a knee in protest of police brutality and systemic racism as the national anthem played before FC Dallas’ MLS game against Nashville SC last week, FCD’s players opted to remain in the locker room for the pregame ceremony during Sunday night’s rematch in Frisco, Texas, the team announced.

“In consultation with our players and MLS, we have collectively decided to play the national anthem before the players take the field for tonight’s match against Nashville SC,” FC Dallas said in a statement. It added that there would also be a moment of silence before the game “for the players, coaches and all in attendance to promote racial equality.”

Sunday’s contest was the second makeup match in the Dallas suburb between the teams, which were both forced to skip the recently concluded MLS is Back Tournament in Florida because of COVID-19 outbreaks within their ranks.

Sunday’s match was set to kick off at 7:30 p.m. local time but was instead delayed three-plus hours because of inclement weather. As such, no pregame ceremonies — including the singing of the U.S anthem — were observed.

Throughout the five-weeklong MLS is Back event, players, coaches and officials took a knee in solidarity with the worldwide protests that erupted following the death of George Floyd, an unarmed Black man who was killed in police custody in Minnesota in May. But with no fans in attendance during the tourney because of the ongoing coronavirus pandemic, the U.S. anthem wasn’t played. About 3,000 spectators were in attendance in Frisco last week, making MLS the first of the big five United States-based team sports leagues to welcome supporters back into stadiums.

But some FCD supporters responded to players from both teams kneeling in protest by hurling boos and bottles at them, a display Dallas and U.S. national team defender Reggie Cannon called “disgusting” afterward. The decision to remain out of sight for the anthem and avoid a scene is an approach previously taken by teams in the NFL and National Women’s Soccer League.