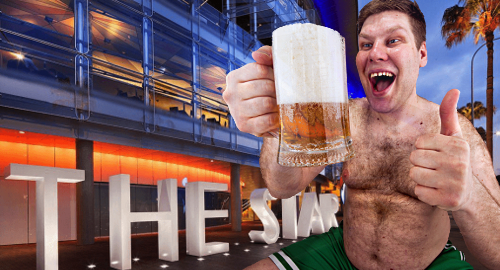 Australian casino operator The Star Entertainment Group has been hit with a financial penalty after breaching COVID-19 rules at its flagship Sydney casino.

On Monday, the Liquor & Gaming New South Wales regulatory body announced that it had imposed a AU$5,000 penalty on The Star for allowing guests at its eponymous Sydney casino to consume alcohol while standing and mingling over the weekend.

All NSW venues that have been cleared to resume alcohol sales following the country’s pandemic shutdown are required to ensure patrons are seated while quaffing pints and cocktails. Liquor & Gaming NSW compliance director Dimitri Argeres said The Star was “aware of its obligations” due to the regulator having paid two previous visits to the Sydney casino over the past two weeks to ensure compliance.

The Star partially reopened its Sydney venue in the first week of June, leading to a full reopening at the start of this month. But the venue’s ability to remain open could be in jeopardy after The Star confirmed Monday that one of its guests had tested positive for COVID-19 earlier this month.

The Star said Monday that it had learned from NSW Health officials that “a patron who visited The Star Sydney on Saturday, 4 July 2020 from around 7.30pm to 10.30pm has returned a positive test for COVID-19.” The Star said it was working with officials “to respond to this information, including the conduct of contact tracing (which includes staff members).”

NSW is dealing with a new COVID cluster involving over 20 infections traced to a pub at Sydney’s Crossroads Hotel. Chief health officer Kerry Chant said Monday that the outbreak demonstrated “how rapidly COVID can spread if we do not act promptly.” All patrons who visited the pub from July 3-10 have been ordered to self-isolate as a precaution.

Following this news, the NSW government is reportedly preparing to issue stricter requirements for venues on Tuesday. Local media reported that The Star won’t be subject to these new requirements, but much will depend on whether any future COVID cases emerge that can be traced back to the venue’s guests or staff.

The Star’s local rival Crown Resorts was dealt a blow last week when Victorian officials extended the shutdown of non-essential retail operations in the city of Melbourne by another six weeks. The order spoiled the company’s plans to reopen its Crown Melbourne casino, which was Crown’s top earner last year.