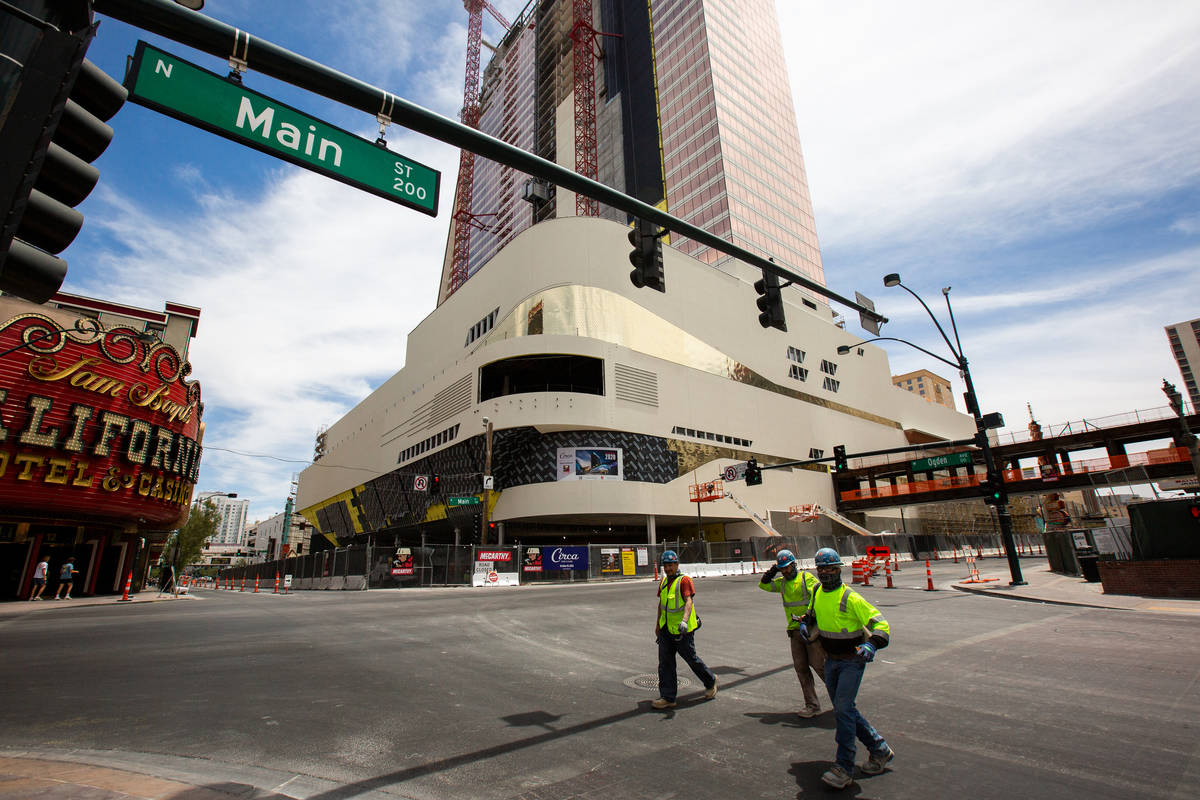 Circa is betting on strong visitor demand this New Year’s Eve.

The hotel-casino began taking reservations last week, with room rates starting at $999 for a stay Dec. 31.

The downtown property is set to open its casino and certain amenities Oct. 28 and offer stays at its 777-room hotel tower starting Dec. 28. Those under age 21 will not be allowed.

CEO and developer Derek Stevens said it’s too soon to be able to provide occupancy metrics, but “demand has been terrific.”

“Our reservations team has been very busy,” he added.

Circa’s room rates tower over the rest of the downtown properties on New Year’s Eve.

The D and the Golden Gate — Stevens’ two other downtown properties — have rates starting at $297 and $179, respectively.

While downtown is usually known for its affordable stays, Circa’s New Year’s Eve rate tops a number of Strip properties as well.

But New Year’s Eve could be viewed as the perfect opportunity to check out Las Vegas’ newest hotel-casino.

Circa is the tallest structure downtown at 458 feet and will boast a two-story casino; three-story stadium-style sportsbook; a fifth-floor pool amphitheater with a 14-million-pixel screen, six temperature-controlled pools and two spas; and a connected a nine-story garage that includes a ride-share hub dubbed Garage Mahal.

Lsa Vegas hasn’t had a new casino open from the ground up since 2016, when the Lucky Dragon — now the Ahern Hotel — opened.

He said a couple of suites had been listed at “pretty big prices” for the holiday and sold out within the first 10 minutes. Now, the property is trying to hold back rooms for hosts.

But Stevens said other dates in the first quarter are also filling quickly.

“Right after New Year’s Eve, we have CES coming into town,” he said. Then there’s the 2021 NFL playoffs, the Super Bowl and March Madness — all of which fit perfectly with a sports-oriented property like Circa, Stevens said.

“We were surprised how many rooms are being booked up in March. It’s amazing, honestly,” Stevens said. “The first quarter is going to be a heavy-demand quarter.”