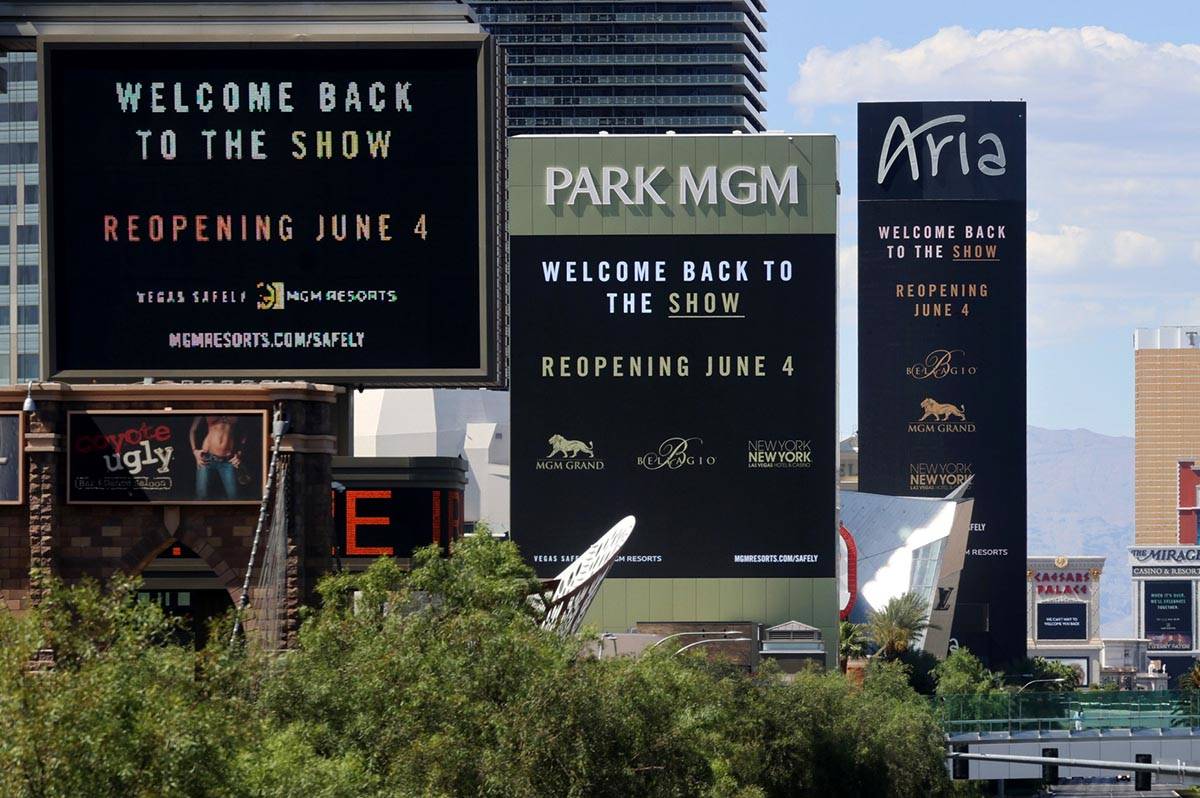 Culinary Local 226 filed a lawsuit against major Strip venues, arguing that hotel-casino properties are not offering safe working conditions amid the pandemic.

The lawsuit focuses on The Signature at the MGM Grand, Sadelle’s Cafe at Bellagio and Guy Fieri’s Las Vegas Kitchen and Bar.

The lawsuit, filed on behalf of Strip workers who are members of Culinary Union Local 226 and Bartenders Union Local 165, alleges that the venues have not protected their workers, families and community from the spread of the virus and that their response to workers contracting COVID-19 has been “wholly and dangerously inadequate.”

The lawsuit argues that companies that have discovered a COVID-19 positive case among staffers have not properly warned workers, disinfected areas or quarantined those who are thought to have been in proximity to the infected employee. The lawsuit seeks injunctive relief under the Labor-Management Relations Act.

Allegations: The Signature
and Sadelle’s Cafe

The Culinary and Bartenders unions represent about 60,000 workers combined in Las Vegas and Reno, and they are accusing The Signature of operating an unsafe venue for its employees. At least three valets and bellmen have tested positive.

The lawsuit alleges that crowds are often so large that “employees are required to zig zag through throngs of guests, coming into close proximity to them” and also that the company failed to put up social distancing markings around the bell desk. It also states that the venue failed to put up plexiglass shields until last week.

The lawsuit also says The Signature’s valet staff have been put at risk by scheduling too few valet drivers and not allowing them enough time to disinfect the vehicles.

Local 226 discussed the lawsuit with the media Monday morning.

Sixto Zermeno, a bellman who joined Monday’s videoconference, said he hasn’t worked since June 9, having called in sick June 10.

He said he wasn’t asked about his condition or offered any advice. He discovered he had tested positive for the virus the next day and was still testing positive as of Monday.

He said he joined the lawsuit to make sure the company takes the proper steps to protect its workers.

According to the lawsuit, “The Signature did not immediately close down the work areas in which Sixto Zermeno worked on June 11 or June 12, such as the bell desk or the valet booth, so that they could receive special and complete disinfection. It did not immediately warn all potentially affected employees that one of their co-workers had tested positive.”

Hotel-casinos are not required to shut down venues after discovering a positive case among employees. Company responses to positive tests among employees vary case by case.

The lawsuit also accuses Bellagio’s Sadelle’s Cafe of not doing enough to protect its workers.

According to the filing, a food runner at the cafe informed the company that he had tested positive for COVID-19 on June 11. Despite this and the fact that there are areas in the kitchen where runners “cannot stand more than six feet away from the other runners,” the property “did not institute any new procedures to assist food runners in performing their jobs while socially distancing from one another or from cooks in the kitchen.”

Another employee, Jamie Young, was advised by the human resources department to get tested on June 12. Young told the company representative that she thought she had been in close contact to the food runner she believed to have tested positive but was told she would be OK to return to work that weekend as long as she wore a face mask.

Other employers at the cafe who worked with the COVID-19-positive food runner were not informed of their co-worker’s positive test on June 11 or afterward, and the area did not close for deep cleaning, according to the lawsuit.

A cook at the cafe tested positive for COVID-19 on June 24 and informed the property of his positive test that day. Bellagio didn’t tell servers and food runners about the positive test until the next day.

The MGM Grand and Bellagio are operated by MGM Resorts International.

In response to the allegations in the union’s lawsuit, MGM Resorts said in a statement Monday that the company has spent months working with health experts to create its health and safety plan. The company said it has offered free testing to all employees before they report to work; required employees to take a COVID-19 test if they exhibit symptoms or are exposed to someone who has tested positive; and have made tests available in other circumstances.

“Nothing is more important to us than the safety of everyone inside of our properties,” the statement reads. “We have worked to train our mangers in our incident response protocols and we work very closely with the health department officials in their efforts to contact trace. The nation is in the midst of a public health crisis and we are relying on all of our employees to follow CDC guidance both at work and at home.”

The lawsuit also accuses Guy Fieri’s Vegas Kitchen and Bar, located in the Linq Promenade and co-managed by Harrah’s, of not protecting its workers.

One food runner tested positive for the virus on June 18 after working June 12-14, the lawsuit states. He interacted with other workers during these shifts and on June 12 was included in a “huddle” meeting with cooks and other food runners less than 6 feet away.

Despite knowing that the food runner had tested positive, “Harrah’s did not announce this fact to Guy Fieri workers so that they could take precautions” and did not close the venue until June 20 “after it became clear that there were insufficient workers to run the restaurant,” the lawsuit alleges.

Eric Weininger, a cook at the restaurant who joined Monday’s videoconference, said he thought the company’s response to the positive test was nonchalant. He said he’s concerned about catching the virus at work, especially since he lives with his son with asthma.

“I’m concerned about bringing it home to my family,” he said. “I love my job. … I just want procedures to be done.”

Caesars Entertainment Corp. declined to comment on the merits of the lawsuit but said in a statement Monday that it had acted in accordance with its health and safety protocols when it learned that a restaurant employee had tested positive for COVID-19.

The company said once it learned about the positive case, it launched an investigation at the direction of the Southern Nevada Health District, which identified co-workers who came into close proximity — six feet or less for 10 or more minutes — with the employee who tested positive.

“These individuals are all subject to paid, self-isolation,” the statement said. “To the best of our knowledge, none of these employees have tested positive for COVID-19, but none will be allowed to return to work until they submit a negative test at the end of the isolation period. Additionally, the restaurant has been temporarily closed and subject to a deep cleaning during the closure period.”

‘The mask is not enough’

As of Monday, 19 Culinary union members and their dependents have died of COVID-19 since March 1.

That includes Adolfo Fernandez, a 51-year-old utility porter at Caesars Palace who passed away June 24 from COVID-19. He had high blood pressure.

His daughter, Irma Fernandez, said Monday that her father was concerned for his safety at work and didn’t think the property had enough safety protocols in place. Irma Fernandez said her father could barely push his cart his last day of work but didn’t want to miss work because he wanted to provide for his family.

“The situation is a terrible situation. We’re looking for the leadership of the state,” union Secretary-Treasurer Geoconda Argüello-Kline said. “The mask is not enough.”

Argüello-Kline said the union will continue to collect worker statements and evidence regarding unsafe working conditions throughout the Strip and in downtown Las Vegas.