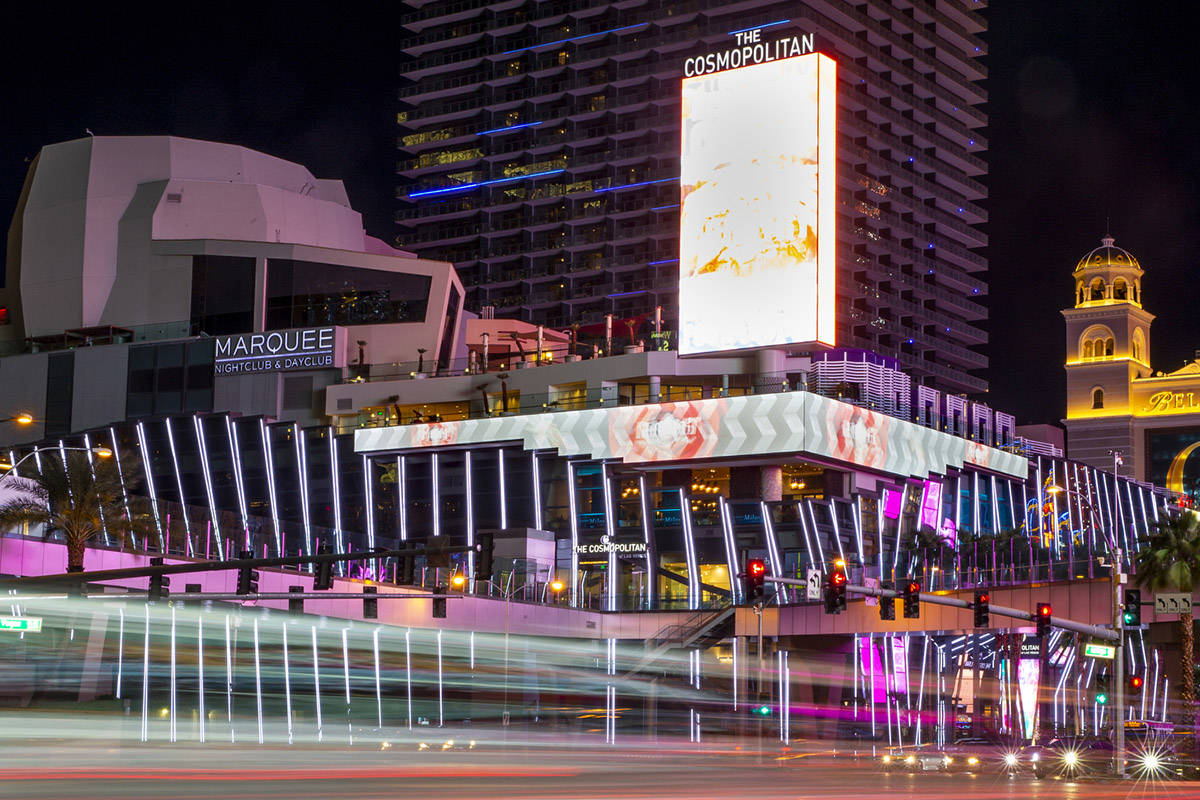 Employees of The Cosmopolitan of Las Vegas have reported a growing number of casino floor workers testing positive for COVID-19 and are frustrated by the company’s response.

The Strip property, which reopened June 4 following the state-mandated shutdown to curb the spread of the coronavirus, announced last week that two concierge employees had tested positive the week before. But the spread of the virus is far worse, according to workers. Various staff members told the Review-Journal more than 15 staff members have been infected since then.

As of Monday morning, the Review-Journal had interviewed six employees and had been in contact with a total of nine Cosmopolitan workers who have said they are concerned for their health and safety. They have been granted anonymity to protect their jobs.

“It’s not right. The employees need to know what they’re walking into,” said one Cosmopolitan dealer. “The last several days, there have been so many people with confirmed cases … and the company’s not saying a word about anyone.”

Nevada hotel-casinos are not required to disclose the number of employees who have tested positive for COVID-19, but they must contact the Southern Nevada Health District when they discover a positive case among staff. The SNHD is not obligated to confirm or share further information about positive cases.

Safety and security ‘a top priority’

The company told the Review-Journal on Wednesday that “a small number of instances” of COVID-19 have been addressed, but it did not disclose the number or details of any particular cases “for the privacy of our guests and employees.”

The Cosmopolitan did not reveal how many employees have tested positive, but it said every case has been reported to the Southern Nevada Health District. The company said it is following guidelines on contact tracing, quarantining, immediate testing and sanitation.

The company’s safety protocols say any employees experiencing flu-like symptoms, or those who may have been potentially exposed to COVID-19, are immediately sent for testing and required to self-quarantine until they receive a negative diagnosis.

“With the Governor’s reopening of Nevada’s resort-casino properties, and the welcome return of a substantial number of guests to Las Vegas, it was inevitable that every business would experience a certain number of suspected or confirmed cases of COVID-19,” the Cosmopolitan statement said. “The resort has extensively prepared for these potential occurrences, taking direction and continued guidance from local health and government authorities.”

The company told the Review-Journal that its health and safety standards include scanning the temperatures of all employees before every shift, a daily self-screening questionnaire and requiring all guests and employees to wear face masks.

A company statement sent late Monday also said the property has implemented “strict health and safety guidelines” such as an “expedited communication processes.”

“We will continue to enforce the resort’s health and sanitation standards that meet or exceed those set forth by the Centers for Disease Control and Prevention, and local health and government authorities,” the statement said.

The company is also requiring employees get tested for COVID-19 when they return to work from furlough, and is offering workers who don’t feel comfortable returning to work the ability to stay home without disciplinary action through paid time off.

It added that the safety and security of its guests and employees remain its top priority.

Meanwhile, a number of its workers told the Review-Journal they’re afraid they’re risking their lives by going to work.

On Saturday, staff members received a text message — shared with the Review-Journal — that said workers “must stay home” if they feel ill.

Outside of that message, employees say, communication from the company has been scarce: no company-wide email, no bulletin board message, no phone calls on rising case numbers.

“They haven’t said anything, from a management standpoint,” a pit supervisor said.

The company has made changes to improve employee safety since reopening weekend. Barriers are now up on about half the table games, according to employees, and, per state mandate, masks must be worn by all guests and patrons in public areas.

An email sent to select workers and obtained by the Review-Journal, confirmed there has been a confirmed positive COVID-19 case in certain workers’ department. Those who were deemed exposed and meet “specified contact tracing guidelines” would be “notified immediately and sent for testing,” according to the email.

It said all employees can take advantage of a company-paid partnership with the University Medical Center to schedule a testing appointment, and adds that employees on leave due to a COVID-19 test will be paid.

An email sent this week to swing shift workers — obtained by the Review-Journal — asked certain workers to stay home and get tested.

If a worker’s test is negative, they can be called to return to work that day, according to the email. They will have their temperature checked and symptoms screened twice a day while at work and will take two more COVID-19 tests every three days after the first negative result.

One employee said many swing shift workers won’t return until Friday, and those who normally work the day shift or grave yard shift will cover for those getting tested.

But workers worry that the changes are too little, too late.

The pit supervisor has personally confirmed 16 shift co-workers who have tested positive, along with at least two other workers in other departments, according to the supervisor.

“It’s a couple people every day,” the supervisor said. “We’re all checking in with each other, asking, ‘Who has it now? Who’s out now?’ … It’s just snowballing.”

The employee plans to go in for a COVID-19 test Monday after feeling congestion.

“I’m terrified,” the supervisor said. “I don’t have crazy symptoms — I’m not coughing and my temperature is low — but I’m scared because I’ve been around people (who have tested positive).”

One Cosmopolitan worker said they woke up one morning last week feeling fatigued. The worker called in sick after discovering a fever, and ended up testing positive for COVID-19 later that week.

News of his positive test spread by word of mouth among co-workers before the company sent out an official notification to co-workers, the worker said.

“I understand public relations are important, but at the same time, I think you have a moral obligation to take care of your coworkers and be as forward as possible (by notifying them if a worker tests positive),” the worker said.

The employee isn’t sure how many other staff members have tested positive as of Monday.

“There’s been no transparency between management and co-workers,” the worker said. “People had two and a half months to put (health and safety) procedures in place. To see them flying by the seat of their pants still is really concerning.”

The worker is self-isolating and receiving hourly pay.

A number of workers said they believe the outbreak may have stemmed from worker interactions in their break room, dubbed Boulevard Lounge.

Employees told the Review-Journal the room is now closed but said social distancing and the masks were often ignored by workers in the room.

“They didn’t take out any seats,” the pit supervisor said. “Every time I went in there, nobody had masks on. … I’m only as safe as the other people around me are being.”

While the property’s casino has plexiglass barriers now, a dealer said there was nothing between dealers and players at first, aside from the mask she was required to wear.

“The dealers are freaking out because they don’t feel safe, because there have been so many confirmed cases (among staff),” the dealer said.

Another casino floor worker was “terrified” to go back to work upon seeing how few customers were wearing masks or social distancing, before the Gaming Control Board and Gov. Steve Sisolak mandated that the public wear masks.

But not going back to work isn’t an option, she said.

“I can’t just quit. There aren’t jobs in town,” she said. “I understand that you can get the virus everywhere, but (the Cosmopolitan) should have protected us a little bit better.”

“I need the job. I need the money. So I have no choice (but to show up to work),” the worker said. “The Cosmopolitan is not protecting us, and all of us are scared. They’re not taking our lives seriously.”

On Monday, the local culinary union filed a lawsuit against major Strip casinos for not offering safe working conditions during the pandemic, accusing companies of having “dangerously inadequate” responses to workers contracting COVID-19.

The Cosmopolitan was not mentioned in the lawsuit.

Culinary Worker Union Local 226 represents some — but not all — workers at the Strip property. In December 2015, the culinary union and hotel casino agreed on a four-year contract for the hotel’s nongaming workforce. Union spokeswoman Bethany Khan said the agreement is still in place.