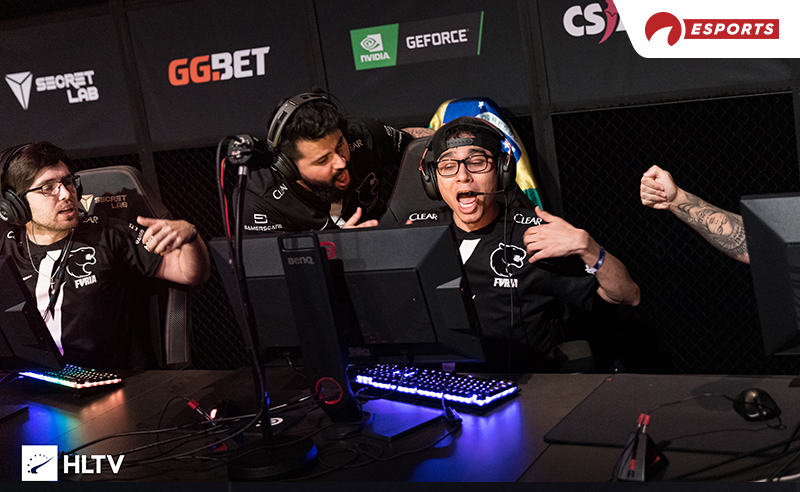 The Counter-Strike player break continues this week and premier events are still on hold. However, that doesn’t mean there isn’t any wagering action to be had.

Competitive CS:GO is still on with the lower end of the pro scene. Events like Eden Arena Malta Vibes Cup 3, ESEA Advanced Season 34, and Nine to Five 1 provide a ton of exciting matches to bet on this week.

If you’re new to Counter-Strike: Global Offensive, or are just looking to learn more about it, make sure to check out our guide.

Now, let’s take a look at some of the best CS:GO matches to bet on this week:

The ESEA Advanced continues this week with the European playoffs. Secret take on Tricked in the upper finals, a match that will guarantee the winner a shot at promotion to the MDL next season.

Both teams will be giving it their all and it could go either way. Secret’s players are slightly stronger, but they have had a roster change recently, with Flatron “juanflatroo⁠” Halimi leaving at the start of July. Tricked, on the other hand, have had a full team for a long time and have been performing well recently.

The odds reflect just how close it is, with Secret being the very slight favorites at -125 to the -111 odds on Tricked on Betway. It’s very likely the match will go to all three maps and that very well may be the best option for a wager.

Wednesday brings us the semifinals of the Nine to Five 1 event, with AFG taking on favorites Hard Legion.

The best choice for this game is another pick for it to go to all three maps, largely due to AGF’s results during the event. The team has played six games at Nine to Five so far, with five of them going the distance.

Of those, they managed to defeat Secret and LDLC, while also losing a close 2-1 to sAw. These teams are on a similar level to Hard Legion, so this should be another competitive match. It may even be worth taking a risk on AGF to produce an upset here, as they’ve shown they are capable of it.

AGF play again on Wednesday, this time in the Eden Arena Malta Vibes Cup 3. They’re once again a good pick but in this game for the win.

The Danish squad are in great form and have only lost to teams much higher ranked. They also beat CR4ZY convincingly on July 13, while the Ukrainian team has been pretty hit-or-miss.

At -200 on Betway, AGF are a solid choice for the moneyline. If you’re looking for better odds, it may even be worth wagering on a small round handicap.

Group C of Eden Arena Malta Vibes Cup 3 kicks off with a Polish derby between Illuminar and AVEZ. The latter come in as favorites of -167 at Betway, while Illuminar are at +120 for the moneyline.

This is another match where betting on the favorite is the way to go and it’s quite surprising that the odds aren’t further apart. AVEZ demolished Illuminar on July 7, winning 2-0 while only dropping 10 rounds over two maps.

Illuminar also announced a roster change on July 13, meaning they will only have three days of practice with their new player before this match. Barring a miracle, AVEZ should be winning here, and likely quite lopsidedly.

The final choice of the week takes us to group D of Eden Arena Malta Vibes Cup 3, where two of the best teams at the event battle it out.

Both ALTERNATE aTTaX and Syman are in strong form heading into this match and it should be very competitive. However, Alternate are the stronger side and haven’t lost in nine matches. They should continue their streak here.

How To Bet CS:GO Moneyline

Moneyline bets are one of the most straightforward ways of betting and if you’ve done it in any other sport, it’s no different in Counter-Strike. Simply pick which team you think will win, place your bet and wait on the result.

These bets always feature a favorite and an underdog, represented by a (-) minus or (+) plus in American odds. When betting on the favorite, the (-) minus signifies what you would need to bet to win $100, while on the other hand, the (+) plus shows what you’d win if you bet $100.

It’s important to note that not all bookmakers currently offer CS:GO options, and while it is becoming more popular, many sportsbooks that have integrated esports may have a limited selection. However, we’ve made finding a good place to bet very easy, with a comprehensive list of the best online esports betting sites.

What Are CS:GO Prop Bets?

Prop bets, aka proposition bets, are as common in Counter-Strike: Global Offensive as they are in any sport. Rather than betting on the outcome, you can bet on specific events in the game.

When it comes to CS:GO, this includes things like the number of rounds in a map, which team will win a specific round, first eliminations, defuses, explosions, the final round score – really just about anything that will happen in the game.