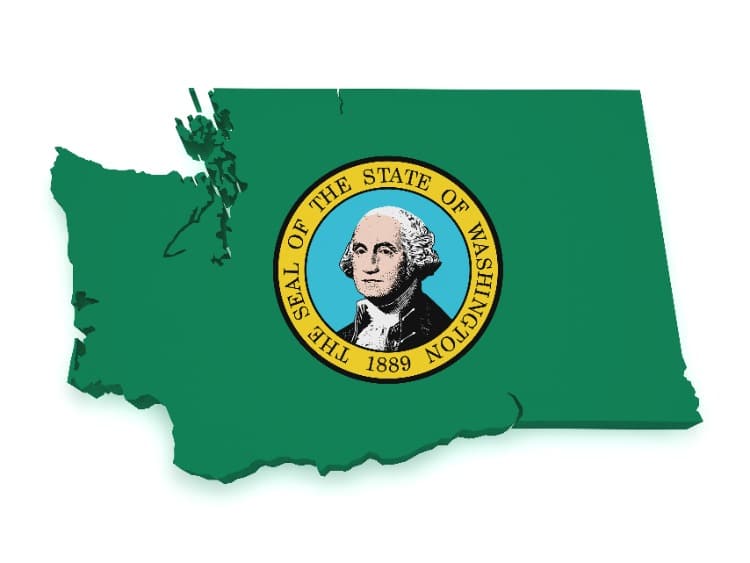 The takeaway from Tuesday’s Washington State Gambling Commission meeting is this: Don’t expect to be able to place legal sports bets in the state in the near future. Four tribes have started renegotiating their compacts to include sports wagering and two more have requested to do so, but Director David Trujillo said “we’ll be realistic even if realism is not what people want to hear,” via a statement.

Trujillo is currently serving with the National Guard, and his statement was read by Acting Director Tina Griffin. There was no discussion among commissioners.

Tribal-only sports betting was legalized in Washington in March. Under the new law, Washington’s tribes can offer in-person sports wagering on casino properties, but statewide mobile betting is not part of the package. Patrons will be able to bet on professional and college sports, though betting on Washington State college teams is prohibited.

“I think we all agree that we want sports betting to be beneficial … and that any ills are mitigated,” Trujillo wrote in his statement. “We want the process to move as quickly as possible, but the reality is that we are only one agency … we are not sitting idly by, we are dedicating our staff to show lawmakers that we are worthy of this role.”

According to a source, the Kalispel and Suquamish tribes have already started compact negotiations and the Tulalip and Muckleshoot recently requested to begin discussions. The Kalispel Tribe owns the Northern Quest Casino in suburban Spokane, and the Suquamish own the Clearwater Casino Resort northwest of Seattle.

Tribes control gaming in Washington State, and there are 29 casinos run by 22 tribes across the state. There is also limited gaming at the state’s card rooms, which were shut out of sports betting by lawmakers. When state lawmakers began considering sports betting earlier this year, it was apparent from the start that the state and the tribes had already discussed and agreed on terms, and the proposal moved easily through the state legislature.

HB 2638 was introduced into the House on Jan. 16 and Gov. Jay Inslee signed it into law just 10 weeks later.

The Washington Gambling Commission will be the regulator, and according to Trujillo’s statement, it is moving forward with licensing and regulatory structures and has created five workgroups to explore the five pillars for sports betting in the state. Besides licensing and regulations, the WGC must develop framework for enforcement, problem gambling programs and integrity measures. But no matter how quickly the WGC may or may not move on developing regulations, sports betting won’t be able to start until the compacts are reworked.

That process will take time — it’s already been three months since Inslee signed the law, and only two tribes are currently in compact negotiations. Tribes must request to open discussions, the governor must reply, compact language must then be adjusted, and the new compacts must be signed. Though only 22 of the state’s 29 tribes operate casinos, all 29 have unique pacts with the state. Under the rule of the Indian Gaming Regulatory Act, the WGC is responsible for negotiations with regard to Class III gaming.

As part of the new law, the legislature fronted $6 million to the WGC to use for enforcement ahead of the launch of legal sports betting. The money is a loan, not a grant, and it came up twice during the meeting that the WGC would have to pay that money back by the end of the year, with interest. WGC Legal and Legislative Manager Brian Considine suggested that the WGC might ask for an extension or even forgiveness of the loan, which was made before the COVID-19 crisis shut down casinos in Washington and across the country.

In addition, Considine noted that the commission may have to “clean up” some language in the new sports betting law, including refining the definition of eSports, which is currently defined as “a live event or tournament attended or watched by members of the public where games or matches are contested in real time by players and teams and players or teams can win a prize based on their performance in the live event or tournament.”

Considine did not specify what changes might be made to the definition.

When Washington does goes live, it will join neighbor Oregon, which has mobile-only via its Lottery ScoreBoard app, and Nevada, which has had legal sports betting since 1949. Among other Western states, California lawmakers withdrew a sports betting proposal this week and a coalition of tribes is trying to get a referendum on the 2022 ballot to legalize tribal-only sports betting; Montana launched sports betting via the lottery earlier this year; and operators launched mobile sports betting in Colorado on May 1.

The WGC is next scheduled to meet on July 17.