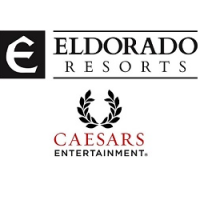 Eldorado Resorts has announced the Federal Trade Commission (FTC) has accepted a proposed consent order, which concludes its review of Eldorado’s pending merger with Caesars Entertainment Corporation. The FTC’s acceptance of the consent order satisfies all required antitrust clearances for the merger and allows Eldorado to move forward with the merge plans.

The selling of MontBleu Resort Casino in Stateline by Eldorado is part of the deal as Caesars Entertainment already owns both Harveys and Harrah’s Lake Tahoe, MontBleu’s neighbors.

Part of their divestiture plan includes the recently completed sale of Isle of Capri Casino Kansas City and Lady Luck Casino Vicksburg to Twin River Worldwide Holdings, Inc. for $230 million in cash. The sale of these two assets helps the Reno-based company to reduce debt ahead of the expected closing for the Caesars transaction.

Twin River is also acquiring MontBleu Resort and Eldorado Shreveport for $155 million. Previously ElDorado had announced the sale of both to Maverick Gaming for $230 million.

“We are delighted to announce the FTC’s approval of our planned Merger with Caesars, which is expected to create the largest owner and operator of U.S. gaming assets. We look forward to completing the Merger, subject to receipt of the remaining consents and approvals from regulators in Nevada, New Jersey, and Indiana,” said Tom Reeg, Chief Executive Officer of Eldorado Resorts.