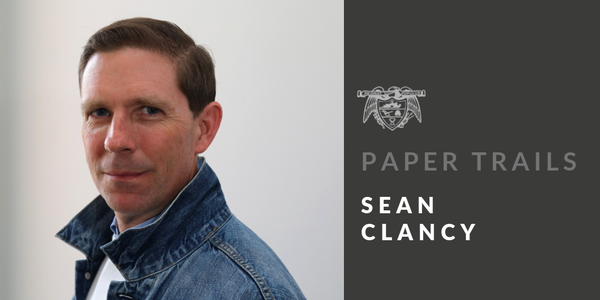 A GOOD BOY Things were looking rather bleak for Shep earlier this month.

Shep is the mixed-breed cattle dog who, for the past six years, has chased Canada geese out of North Little Rock’s Burns Park and has been a constant companion to park ranger Ian Hope.

Shep was with Hope at the ranger’s part-time gig at Trek Bicycle Little Rock when he started showing signs of having a seizure.

Hope scooped Shep up and rushed him to Arkansas Veterinary Emergency & Specialists.

Shep spent the night there and was placed on antibiotics.

“He seemed to rebound, and I kind of relaxed a bit, but by [Aug. 6] he took a turn for the worse and had another seizure,” Hope said last week. “I took him to our regular vet, Richard Allen in North Little Rock.”

After more tests, Allen told Hope that Shep was suffering from pancreatitis.

“He got a big shot of antibiotics and a big shot of steroids, and he seemed to rebound again,” Hope said. “He seems to be back to normal. … He played with his Frisbee earlier and now he’s fallen asleep on his Frisbee.”

The two have been inseparable since Shep came on board at North Little Rock Parks and Recreation in 2014 to help shoo away the 300-400 Canada geese that had taken up residence in Burns Park, eating the grass on the golf course and soccer fields, and making a mess.

The city bought Shep for $1,500 from Rachel Ballenger of Cabot, who had trained him to chase geese off her property, Hope said.

“He has been with me pretty much nonstop for the last six years,” Hope said. “He rides with me every day in the truck and comes home with me.”

Workers in city offices often have treats for Shep when he visits, Hope said.

Shep has been so effective at goose-chasing that he has pretty much worked himself out of a job, Hope said.

“The geese sort of quit showing up. We find groups of 10 or 15 at a time, and we put the fear of dog in them and they disappear.”

Shep is still pretty active, but he is getting up there in age. He was a stray when Ballenger found him, Hope said, adding that his four-legged buddy is believed to be around 10 years old.

“He’s probably to the point of being ready to retire,” Hope said. “He doesn’t quite have the pep in his step that he used to, especially after this illness. … We are looking for a replacement. We have tried a couple of dogs, but they didn’t work out the way he did, so we are still looking.”

A GEOGRAPHY LESSON Last week’s Paper Trails mentioned Hilton Head Island, which is in South Carolina and not the Carolina to the north where we placed it. Sigh. Many thanks to Observant Reader for setting us straight. Now excuse us while we go learn how to use Google Maps.