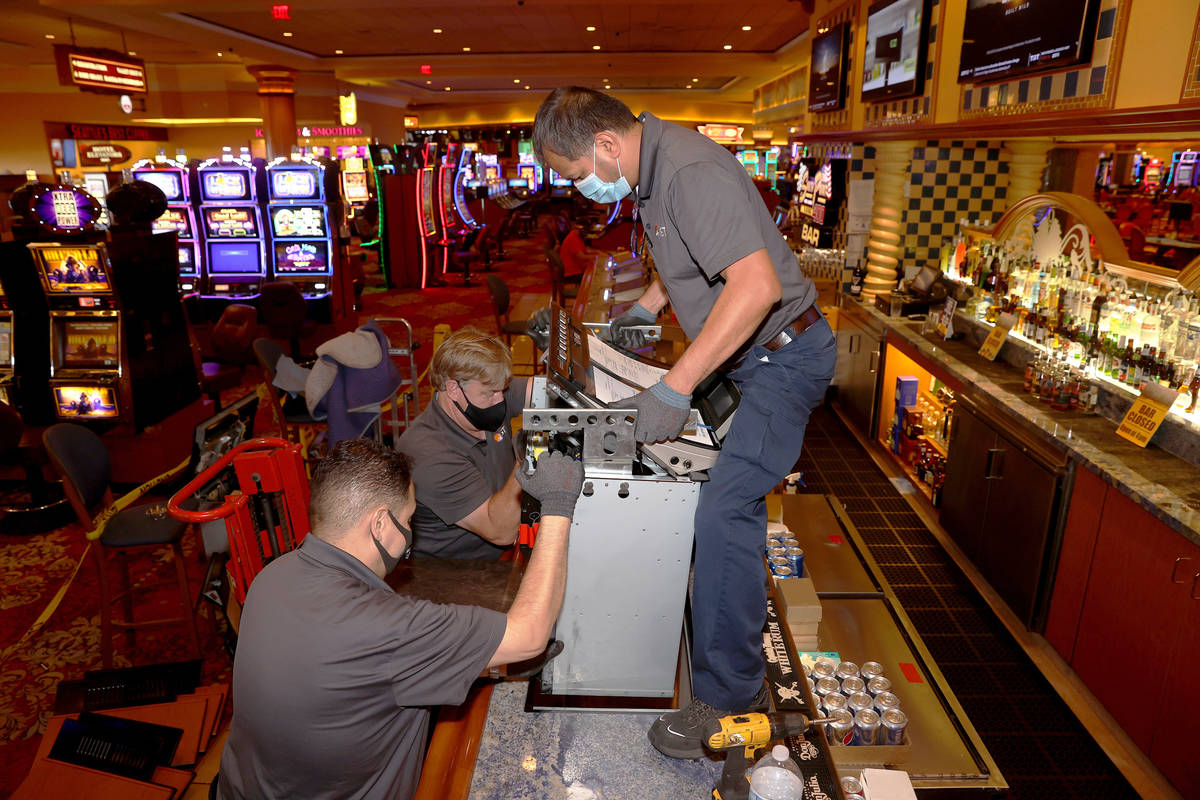 When IGT produced its first new bartop slot machine in more than two decades, everybody knew it would incorporate many of the features popular with its upright cousins.

What many didn’t see coming was that it would have features only authorized in Nevada regulations less than a week ago.

The new cabinet has a 23-inch curved, full high-definition display, a front-mounted ticket printer, and an embedded card reader for players who prefer to play at a bar rather than the casino floor.

While the varied content and sleek look are enough to attract some players, the PeakBarTop’s ability to integrate with IGT’s cashless gaming systems technology with embedded Bluetooth technology will give players the ability to transfer funds directly to a machine from a digital wallet.

It was only Thursday that the Nevada Gaming Commission approved a series of regulatory amendments that took effect immediately to streamline the use of cashless systems.

Nick Khin, IGT’s chief operating officer, gaming, said there are other features that will appeal to both players and bartenders. In addition to enhanced lighting and sound, a USB mobile device charging port is available and, on the back side of the unit, a play-level indicator enabling service staff to reward players with drinks and other comps for sustaining a high level of play.

Changing out a 1990s-era bartop machine with a PeakBarTop shouldn’t be much of an issue because the hole cut in the bar is the same size.

Khin said the new cabinet has been in use at California tribal properties the Cache Creek Casino Resort in Brooks, Morongo Casino Resort & Spa in Cabazon, and the San Manuel Casino in Highland. In Nevada, PeakBarTop first landed at downtown’s Golden Nugget, but it has since been installed at Treasure Island, South Point, Suncoast, Silverton and downtown’s D Las Vegas.

For competitive reasons, IGT does not disclose how much its new devices and their installation cost.