The Casino du Liban in Lebanon may not be on the radar for most gamblers, but it has been a major source of revenue for the government since it opened. Located about 13 miles outside of Beirut, the gambling property was once the stomping ground for people like Aristotle Onassis, Elizabeth Taylor, David Niven and others, and was responsible for the area once being referred to as the Monte Carlo of the Middle East, according to Blominvest Bank. More than 70 years after first opening, though, it is reportedly struggling as a result of the coronavirus, and its revenue losses also bring heavy losses to the state government, due to the latter’s ongoing claims to 50% of the gross take. With things spiraling downward as tourism drops, rumors are beginning to circulate that Lebanon might sell its share in order to pick up some much-needed cash. That, ultimately, could also help in restoring the property to its former days of grandeur. 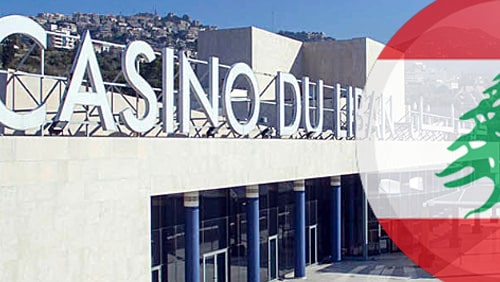 The Middle East Eye reported earlier this month that the government could consider selling either all or part of its holdings if it can find an adequate buyer. The government owns 52% through a joint-stock company with government shares and has relied heavily on the venue to feed its coffers over the years. However, the casino was forced into an 80-day shutdown as a result of the coronavirus (despite assertions that there were no coronavirus concerns). That closure is only now being lifted; however, activity is limited to just slot machines – other gaming activity and the venue’s restaurants remain off-limits.

The casino has also suffered due to local issues, such as citizen riots for political issues and a major drop in the value of the Lebanese pound. The country’s finance ministry began exploring options for the government to recuperate lost revenue stemming from various activities, including the casino, this past April and has begun to gather appraisals on its assets, possibly as a first step toward an ultimate sale of different holdings.

Some feel that selling the casino to a private casino operator would give it a huge boost. It would be able to capitalize on that company’s experience and reach, and could turn Lebanon into an international tourism destination once again – the same as it was when performers like Duke Ellington and Julio Iglesias performed there. It would also be an opportunity to break a trend of reported corruption that is preventing the state from benefiting appropriately from its operations.

Not everyone is so sure it’s a good idea, though. Opponents believe any sales price would be well below value and what’s needed instead is for a casino operator to be tapped to run the venue and put it back in order. According to Mohamad Faour, a postdoctoral researcher in finance at University College Dublin, “These assets have untapped potential. Managing them properly can unlock sizeable income streams for Lebanon … if privatisation of some assets happens later for whatever reason, it will be on much better terms price-wise than privatising them now.”

If the government just started trying to appraise its assets a couple of months ago, it would be a long time before any deal could be put on the table. A lot can happen between now and then, but there’s little doubt that some casino operators are already trying to whisper convincing arguments in the ears of government officials.