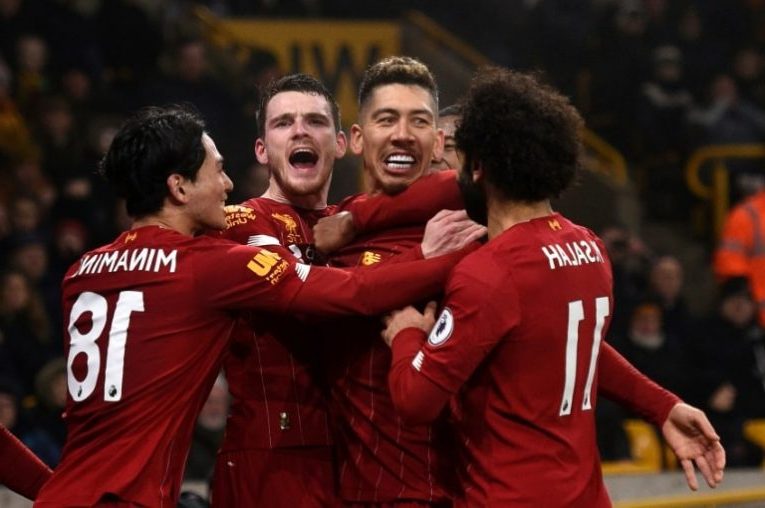 Fans of Liverpool rejoiced world over as Jurgen Klopp’s Reds were crowned the Premier League champions on the heels of Chelsea’s win over Manchester City at Stamford Bridge.

Liverpool needed one victory to clinch the title but City’s failure to win on Thursday night ensured that it was in the bag.

Although the Anfield club had as many as 18 EPL trophies to boast, this season’s Premier League win was their first since 1989-90.

With seven games still to go, this is the fastest any side has ever taken to win the tournament.

Liverpool under Brendan Rodgers had narrowly missed out on the title in 2014 when a defeat by Chelsea at Anfield towards the end of the season allowed Manchester City to clinch the Premier League trophy instead.

They were unfortunate not to have bagged the title in the previous season.

The Reds recorded the third-highest points tally in the division’s history (97) only to be beaten to the top spot by a solitary point with Pep Guardiola’s City snatching the title on the final day of the season.

However, they have been incredibly dominant this season winning 28 of their 31 fixtures and leaving their next best rivals City far behind by 23 points as things stand presently.

Klopp’s men have scored a staggering 70 goals from their 31 Premier League outings in 2019-20, more than half of it coming from their incredible striking trio of Mohammed Salah, Sadio Mane and Roberto Firmino.

At the other end, the 21 goals that they have conceded is by far the least by any side in the League.

Much of it can be attributed to some stellar work at the back by the likes of Alisson and Adrian between the posts and some phenomenal defense-cum-offense work by Trent Alexander Arnold and the incredible Virgil van Dijk (who was unlucky not to have won UEFA’s Player of the Year award).

When the Premier League was suspended three months back owing to the global pandemic, Liverpool supporters had to endure a nervous wait to see how the season would pan out, with some early suggestions that it could be declared null and void, thus wiping out the Merseyside club’s remarkable efforts from the record books.

Mercifully for them, that did not come to pass and the Premier League’s return this month enabled them to cap their remarkable success.

However, with the precautionary measures put in place in response to the virus, Liverpool will be unfortunately denied the joy of celebrating their long-awaited success with their supporters in the immediate future.

Although having to wait 30 long years for the Premier League crown, the Reds have not been without silverware in this three-decade span, winning 3 FA Cups, 4 League Cups, a Uefa Cup, the Champions League twice (the latest coming last season under Klopp in 2019) as well as 3 Super Cups and one Club World Cup.

To round off with the words of Kenny Daglish, the winner of the EPL title of 1989-90

“Onwards and upwards. We have a lot more happy days to look forward to as long as Jurgen is here.”