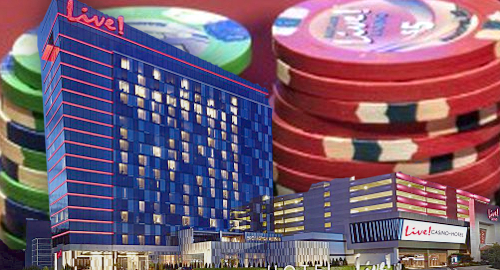 Maryland’s casinos may have reopened to the public but their prolonged COVID-19 shutdown deprived the state’s annual budget of nearly $200m.

New figures from the Maryland Lottery & Gaming regulatory agency show the state’s six casino operators generated revenue of $34.9m in June, down from $142.9m in the same month last year, although this is definitely a case of comparing gambling apples to oranges.

As with the rest of the US casino sector, Maryland’s gaming operators were ordered to close their doors in mid-March to slow the spread of COVID-19. The state’s three smaller casinos – Ocean Downs, Hollywood Perryville and Rocky Gap – reopened in mid-June while the bigger operators – MGM’s National Harbor, Live! Casino & Hotel and Horseshoe Baltimore – waited until the final week.

Live!, which reopened to select guests starting June 19 and to the unwashed masses on June 29, led June’s revenue chart with $15.85m. National Harbor, which began operating on an invite-only basis on June 26, ranked second with $8m. Hollywood Perryville, which opened to everyone on June 19, leaped into third place with $3.45m.

The state’s share of last month’s gaming revenue amounted to just $14.6m, less than one-quarter of the sum it earned in June 2019. While July’s figures will benefit from a full month of operations by all six casinos, the venues are currently limited to 50% of capacity, so don’t expect mountains from these molehills.

Moving west to Ohio, the state’s motto of ‘with God, all things are possible’ was being sorely tested in June. The state’s four casinos and seven racinos brought in a combined $76.6m since being allowed to reopen on June 19, down from $161.4m in June 2019.

However, given that the state’s gaming operators had only a third of the time and half their normal capacity, they’re probably not feeling too badly about their performance. Moreover, daily average revenue was actually higher last month ($6.97m) than the average day in June 2019 ($5.38m). Pent-up demand or divine intervention? Maybe instead of opening restaurants, Ohio casinos should just lay out a few loaves and fishes and hope for the best.