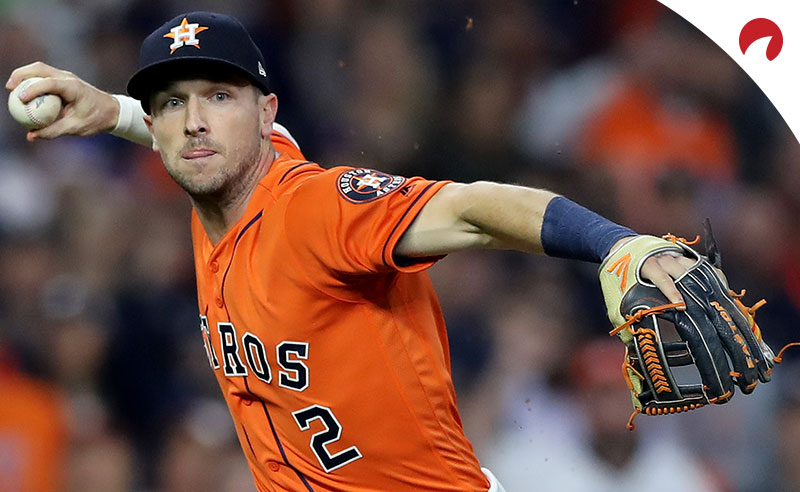 The delay to the beginning of the MLB season may have been a blessing in disguise because it swept the major cheating scandal surrounding the Houston Astros under the rug. That said, sportsbooks believe the ‘Stros will walk away with a division banner for the fourth year in a row.

The 60-game shortened season is going to be a wild one, especially in the AL West. Even though the odds suggest a runaway, I’m not so sure it will be.

Here’s a team-by-team breakdown of what to expect in the West this season:

The Astros won 100 games for a third straight campaign and secured the American League pennant before losing in their own ballpark in Game 7 of the World Series to the Washington Nationals. But a sign-stealing investigation in the offseason revealed that in 2017 and 2018, the Astros illegally stole the signs of opposing teams using technology.

As a result, manager A.J. Hinch and general manager Jeff Luhnow were suspended for the entire 2020 season and were subsequently fired. The organization was fined the maximum allowable $5 million by the league and forfeited its first- and second-round picks in the 2020 and 2021 drafts.

With longtime MLB manager Dusty Baker hired to be at the helm in place of Hinch, experience in the dugout coaching-wise is not going to be an issue for Houston. Add in the fact that the ’Stros lost 2019 AL Cy Young runner-up Gerrit Cole to the New York Yankees and this team will have a lot of eyes on them and living up to their preseason odds may be a difficult task.

If any AL West club is going to dethrone the Astros, it’s the Athletics. The A’s have been on the losing end of the wild-card game each of the past two years, but back-to-back 97-win seasons cannot be overlooked. Oakland has a lot of key pieces to build around, such as “Krusher” Khris Davis, who smacked 40 or more homers in three straight seasons before he had a disappointing 23 in 2019.

The rotation may not be stacked with big names, but Sean Manaea and Mike Fiers leading the charge is a good start. Also, keep an eye on Jesus Luzardo, who is second on the AL Rookie of the Year oddsboard. He pitched a total of 12 innings over six appearances in 2019, allowing just eight baserunners and two earned runs.

Mike Trout collected his third AL MVP Award in 2019 and somehow got better in the process, launching a personal-best 45 homers, posting his third straight season with an OPS above 1.000 and finishing with the second-highest RBI total of his career. Now it’s time for the rest of the team to follow his lead. The Angels, who’ve made just one postseason appearance since 2010, are doing everything they can off the field in order to once again become contenders in the AL West.

L.A. missed out on Gerrit Cole, but a $245-million deal for World Series champion Anthony Rendon will make the Halos a significantly better team offensively. With 2018 rookie of the year pitcher/outfielder Shohei Ohtani set to return to the mound after not pitching in 2019 following Tommy John surgery and top prospect center-fielder Jo Adell on deck, the Angels are sure to be an improved team from the one that had 72 wins a year ago.

The pressure is on to win in California – whether the Angels are up to the task or not remains to be seen, however.

The Rangers finished second in the race to sign Anthony Rendon, but all hope is not lost in the Lone Star State. Texas did land two-time Cy Young winner Corey Kluber, who missed most of last season with a broken arm. That’s a massive boost on the mound for a team that ranked 25th in starting pitcher ERA.

Offensively, the Rangers should be just fine with Joey Gallo returning after missing over half of 2019 with a wrist injury, ending his streak of consecutive seasons with 40-plus home runs after achieving the feat in 2017 and 2018. Todd Frazier should bring some needed leadership both on and off this field and this squad should be scrappy in the 2020 campaign.

Ask any Mariners fan you know and they’ll likely tell you that life as a fan of this franchise is not easy. Seattle’s playoff drought is approaching the two-decade mark, as the M’s haven’t made a postseason appearance since 2001. That’s likely not going to change in 2020, with the Mariners projected to be one of the worst teams in baseball.

Even at +6600, there’s simply no value in backing the Mariners in division odds this season. The team will need a better campaign from highly touted Yusei Kikuchi, who had a disappointing 6-11 record with a 5.46 ERA in his first MLB season. Even if Kikuchi takes a step forward, though, it won’t be enough to keep pace with the four teams already listed, so you’re best off looking elsewhere for long-shot value in divisional odds.