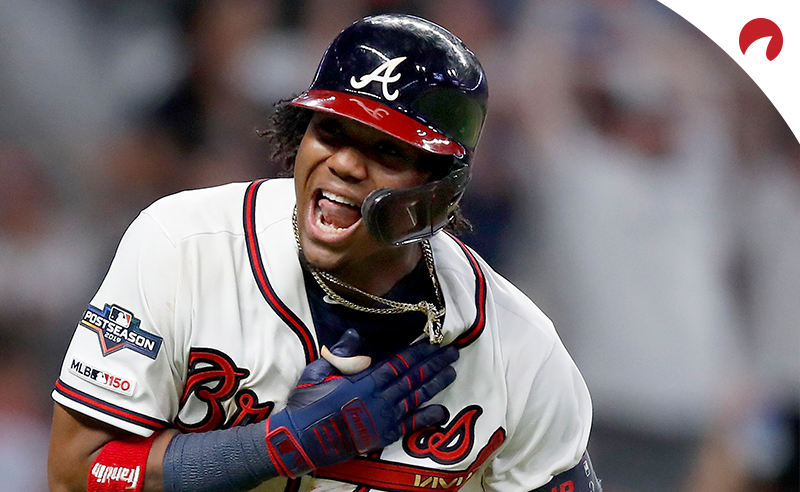 Normally, we would be hitting the dog days of summer, but instead, we are nearing Opening Day after COVID-19 delayed this year’s campaign. The National League East is home to the defending World Series champs for the first time in a while and out of the six divisions in MLB, it may be the most competitive.

It will be a shootout during a Shortened 60-game season, with four teams having championship aspirations and one team that’s a doormat. Let’s dive into each franchise to consider what offseason moves they made and their chances to take the division crown.

After winning 97 games and retaining most of the core that got them there, the Atlanta Braves appear set to be in contention for years to come. Ronald Acuna Jr., Freddie Freeman and Ozzie Albies each swatted over 25 home runs and hit over .280. While the loss of Josh Donaldson stings, the Braves were smart buyers this offseason by adding Marcell Ozuna to fill that void in the lineup and RF Nick Markakis should have a bounce-back year after being limited to only 100 games.

The strength of the Braves still lies in their starting pitching with Mike Soroka, Max Fried and Mike Foltynewicz joined by LHP Cole Hamels at the back end of the rotation. At +175, it’s decent value for the Braves to repeat but if they get off to a slow start, they could be in trouble with so much competition beneath them.

Starting pitching, starting pitching, starting pitching. I can’t stress enough the overall edge the Washington Nationals have in that phase of the game because it literally carried them to a World Series title in 2019. Max Scherzer, Stephen Strasburg and Patrick Corbin will unquestionably get theirs and keep the Nats in contention for most games. But the Achilles heel is still the bullpen, which was dead last in ERA (5.66) last season and 28th in opponent batting average.

Another issue for the Nats is the offense. Losing 3B Anthony Rendon in free agency will really hurt in crunch time as he led the team in RBIs and batting average, and putting Asdrubal Cabrera in his place is not going to replicate his presence. Out of the four top teams, the Nationals are the one I’m least confident in to be the best in the NL East.

I’m not sure if teams in the NL East are obligated to have stud starting pitchers but it seems to be the theme, especially with the New York Mets. They have arguably the best pitcher in the division in back-to-back Cy Young winner Jacob deGrom while Noah Syndergaard would be an ace for nearly every other team in MLB. Throw in other starters like Marcus Stroman, Stephen Matz and Rick Porcello and the Mets will be a tough team to score on.

The part that holds the Mets back is they don’t have a ton of hitters who scare pitchers enough to have to pitch around them. Of course, they have Pete Alonso, who clobbered 53 home runs in 2019, and Michael Conforto was decent with 30 dingers and 92 RBIs but the well runs dry pretty quickly after those two. I like them the most at +325 to challenge the Braves for the divisional crown but they’re one injury away in the batting order from becoming a below-.500 team.

Pegged as the favorite to win the division going into 2019, the hype train went completely off the rails for the Philadelphia Phillies. After signing/stealing away Bryce Harper from the Nationals and picking up players like Andrew McCutchen and J.T. Realmuto, all signs pointed to the Phillies to be back in the thick of the playoffs.

Well, sometimes “on paper” means nothing and the Phillies were a prime example of that as nearly every player underachieved in his new surroundings. McCutchen got hurt 59 games into the season while SS Jean Segura lost the pop in his swing that made him such a hot commodity when the Mariners were ready to deal him.

RHP Zack Wheeler might be able to stabilize a starting rotation that relies far too heavily on Aaron Nola every five days but it might be too much to overcome. It wouldn’t shock me if the Phillies are in contention but I think they ultimately fall short unless they make more moves.

The Derek Jeters, I mean, Miami Marlins don’t have much of a hope. They’ve dealt away MVPs, they’ve only won 120 games over the last two seasons and outside of prospects that eventually could make an impact, they won’t have much of a shot to win the NL East.

There’s a reason they have +15000 odds to win the division and are near the bottom of the league in projected win totals. Much like the Orioles, Tigers and Royals … FADE!!!!