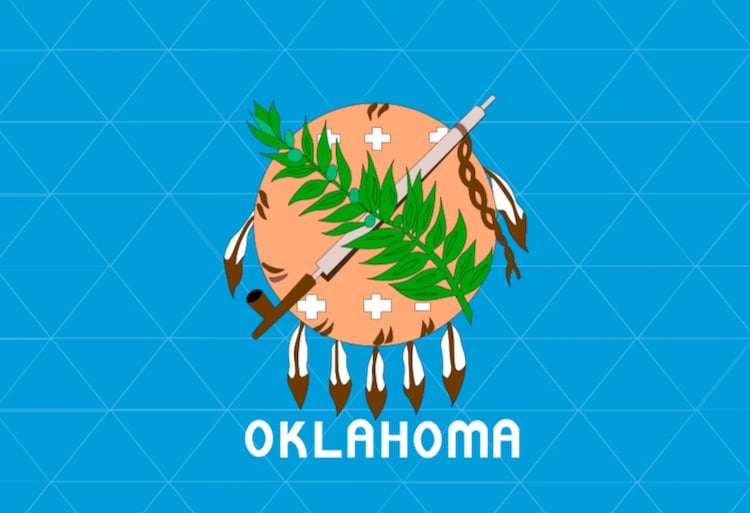 On Monday, controversial new tribal compacts executed by Republican Gov. Kevin Stitt and a pair of federally-recognized tribes became effective immediately after they were recorded in the Federal Register. However, the compacts, negotiated unilaterally by Gov. Stitt with the Comanche Nation and Otoe-Missouria Tribes, are facing a legal challenge pending in the Oklahoma Supreme Court brought by top Oklahoma lawmakers, Senate President Pro Tempore Greg Treat and House Speaker Charles McCall.

The new compacts, if they stand, would allow the tribes to offer on-site sports betting  and other previously prohibited games — and would be a way to distinguish their casino properties. Sports betting is currently not legal in Oklahoma, though lawmakers have entertained the idea.

The tribes would pay the state via revenue sharing 1.1% of all betting transactions, or put another way, 1.1% of the total betting handle. That’s a pretty steep price on a low-margin casino offering, but it may be viewed as kind of loss-leader driver of massive foot traffic for other more lucrative casino games, in a state with a fervent college-football fan base.

“The governor has the authority to negotiate compacts with the tribes on behalf of the state. However, only gaming activities authorized by [state law] may be the subject of a tribal gaming compact. Sports betting is not a prescribed ‘covered game’ under the act,” said Oklahoma Attorney General Mike Hunter in April when the governor signed the compacts.

The agreements were later deemed approved by the U.S. Department of the Interior when a 45-day window to review the compacts expired.

The heart of the legal challenge is whether the governor has the authority to unilaterally create new tribal-state compacts permitting gaming activity that arguably would violate existing state law, effectively usurping the state legislature.

The hotly contested case will see a hearing on Wednesday at 10:30 a.m. CST.

The lawmakers have the support of a coalition of the other 20-plus tribes with gaming compacts with the state, as well as Hunter, whose office argued in a briefing, “Under the Oklahoma Constitution, the governor cannot amend the public policy of the State by unilaterally entering into agreements that authorize violations of state law.”

Hold your sports bets, for now

Betting windows are not yet opening at the two tribe’s casino properties. According to The Oklahoman, the chairman of the Ote-Missouria Tribe said on Monday:

“Today, the U.S. Department of the Interior published our compact with the state of Oklahoma in the Federal Register, meaning the various aspects of the agreement immediately went into effect, including our current casinos starting to pay lower rates,” Shotton said.

“This will mean more money for our tribal programs and local communities. In regards to the expansion of gaming options, including sports betting, that is a state issue that is currently being litigated in the state Supreme Court. Once these issues are resolved, we will determine the path forward with the specific opportunities granted to us in the approved compact. We look forward to welcoming a new, modern era of gaming to the Otoe-Missouria Tribe and Oklahoma, which is made possible by the approval of our compact.”

Whether the tribes are prepared operations-wise to offer sports wagering, or willing to invest in getting there, or think they’re placing a losing legal hand, is anyone’s guess. There’s little or no precedent in Oklahoma for this particular kind of dispute pitting the governor against the legislature as well as the gaming tribes, which have become fractured as a result of the Otoe-Missouria Tribe and Comanche Nation breaking from the others.

According to the new compacts, the tribes would also reduce their revenue-sharing rates with the state and each would also be allowed to open up to three new facilities.

Lawmakers have accused the first-term governor, who took office in January 2019, of overreaching with his move and making a power grab. Lawyers for the Stitt responded that “the only ‘unilateral power grab’ here is the unashamed  — and unsupported — attempt by key legislators to grab power and control from the executive branch.”

Meanwhile, a separate lawsuit is proceeding in federal court, between several powerful Oklahoma gaming tribes and Stitt, concerning whether or not the tribes’ gaming compacts automatically renew after 15 years. Stitt’s position is that they have expired, and must be renegotiated.

Stitt views himself as a kind of dealmaker-in-chief. His critics, aside from their displeasure with his testing the outer bounds of executive authority, believe that he’s created a problem that doesn’t need to exist.

For the most part, the state of Oklahoma and the compacted gaming tribes have enjoyed a symbiotic relationship. In 2018, the tribes paid the state over $138 million combined in “exclusivity fees,” supporting various education programs and other resources in the state, also spurring a significant amount of other economic activity.