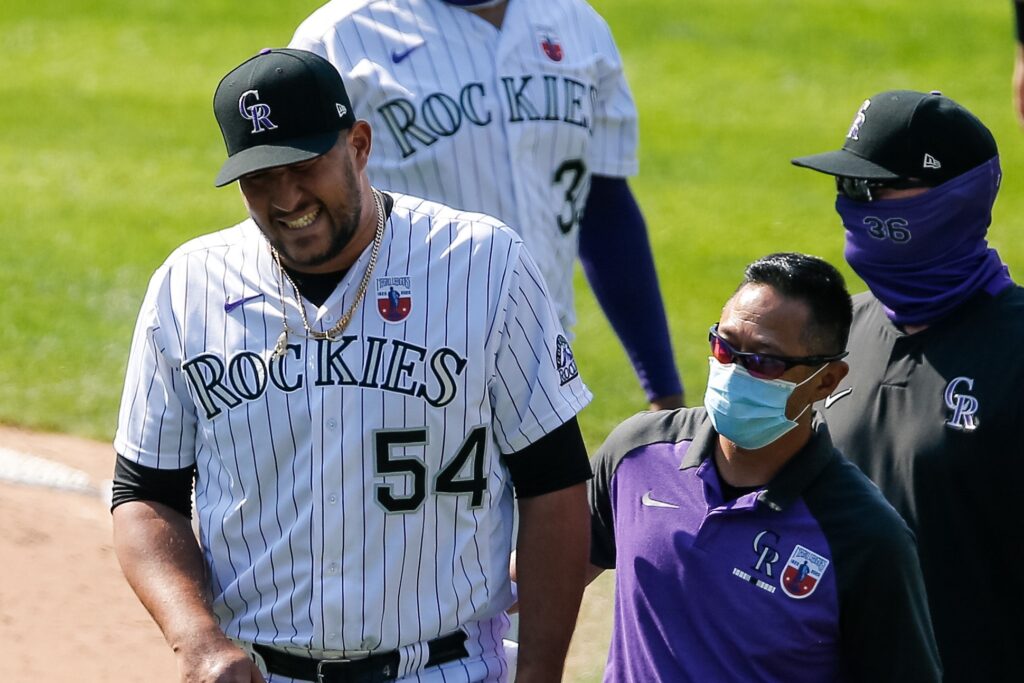 Carlos Estévez threw just one pitch Sunday at Coors Field, a 97 mph fastball down the gullet, good enough for his first save this season. But after Texas’ Scott Heineman volleyed the pitch in return and smacked Estévez in the back of the hand, the Rockies readied themselves for more mystery.

As his team walked a line of noncontact air-fives in celebration of a 10-6 victory over the Rangers, an athletic trainer escorted Estévez off the field in obvious pain. The fourth-year right-hander immediately went for X-rays. And the Rockies were left to wonder who will be their closer.

“We’re hoping for somebody to come in and nail down outs late in the game,” Colorado manager Bud Black said.

Estévez’s prognosis was unclear as the Rockies flew to Houston for a quick two-game series against the Astros. His entry into Sunday’s game was relief for relief after right-hander Jairo Díaz entered a six-run…