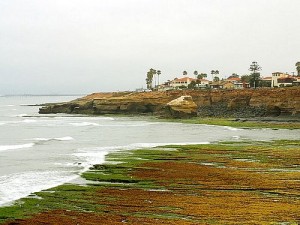 Have you ever heard an old poker cat tell stories about their early days in the game? It’s funny how so many of these seasoned cats all have that one same story, except for some subtle twists. It’s the one where they by chance found themselves at a table of sharks…

I love hearing about it, because it confirms what I’ve always believed was obvious. It confirms to me the fact that poker is a skilled game, plain and simple. In many of these stories the player describes the systematic beating they took at the hands of highly skilled players… Players that pick you apart, map your tendencies, and straight up own your shit… Players that wink at you as they bend you over, players that bleed you slowly till your bone dry…Luck, my ass.

It’s crazy that there’s even a debate about it. It kind of makes you think, who the hell is debating it anyway? The truth is, the poker industry is fighting a battle, a battle to establish itself as a game of skill. The ridiculousness of it is stunning. Wouldn’t it be nice to see someone who thinks it’s a game of luck at a table with cats like Phil Helmuth, Phil Ivey and Doyle Brunson? It’d be great to see just how fast those boys take him out to the woodshed. Shit, Helmuth might take his girl too.

Professional poker players are now becoming like professional high profile athletes. Anyone who puts in that many hours and that many hands and dissects a game down to science is a professional, and there’s not a lot of luck associated with their victories. Again, that’s pretty obvious; you can’t just win hundreds of thousands of dollars by acting like you know. If that was the case right now I’d be double fisting vodka waters on a white sandy beach with Misha H…In the Ayre T, sure your right!..Probably not with Misha H, but I’d be rolling, please believe. Shit, if poker was a game of luck, we’d all be.

Luck is walking into a Casino shit hammered, dropping a dime on black, winning it, and leaving with a goddess that looks like an Ayre Head and a pocket full of Viagra. That’s luck, well sort of. It depends on how many times you’ve done it. The studs and the old lions feel me.

Let me put it this way, if indeed poker is a game merely of chance and luck, then the guys that make a thousand times my year’s wages playing online have one hell of a big horseshoe up their aces.