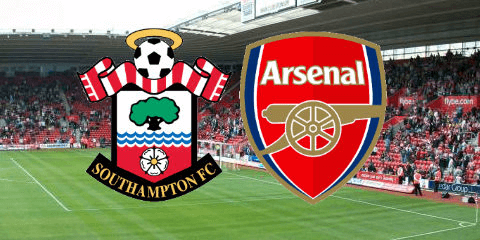 Tonight’s English Premier League action sees Southampton vs Arsenal in a mid-table matchup. Neither team is in danger of being relegated, but both do have an opportunity to qualify for European soccer if they produce positive results for the rest of the season.

Southampton comes into this one following a 3-0 victory over last-placed Norwich City. Their form appears to have been positively affected by the pandemic break if you only look at this result. However, it is important to remember that Norwich has been this season’s punching bag.

Arsenal has been on terrible form since the restart. First, they suffered a 3-0 thrashing against league chasers Manchester City. Following this, Brighton, who is in 15th place (just below Southampton) also dealt Arsenal a loss. So, the team isn’t really that reliable at the moment.

Who will win in this matchup between two teams chasing the possibility of appearing in the UEFA Europa League next season?

So, before we get into the predictions, let’s have a look at some of the stats in this one:

Arsenal’s last two performances have been shocking. So, one may believe that they may be the underdog in this one. Sportsbooks certainly do. But it’s hard to say that Southampton really is a superior team, seeing as the only time we’ve seen them in action was against the worst team in the league.

Overall, we think that you should go for a simple three-way moneyline in this one because the return is still pretty good. We believe that Southampton will capitalize on Arsenal’s low confidence following their poor restart form. (No correct score guess on this one. It’s a little too risky.)

Bet on This Game Here

More Posts from US Online Gambling.