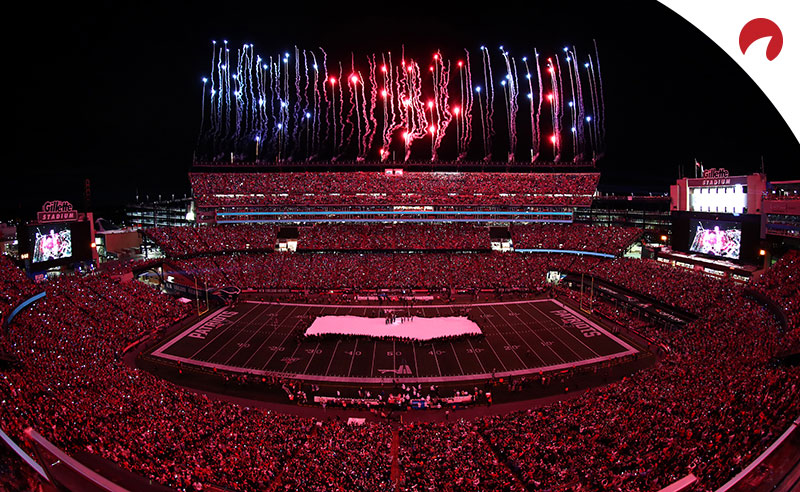 With the sports world slowly preparing to come back amid the COVID-19 pandemic, the NFL has remained firm on starting the 2020 season in the fall. As a result, sportsbooks have released odds on every game of the upcoming campaign.

This season could have a significantly different look to it, as stadiums around the league will likely be empty. Social-distancing measures have teams preparing to play without fans in attendance – an unprecedented move that would be a first for the league in its 100-year history.

With or without spectators, the games appear to be slated to go on. Not every contest can be a thriller, so like every year, there could be a number of lopsided affairs in the NFL. Here are the games with the 10 biggest spreads in 2020 at BetOnline:

Biggest Spreads in the 2020 NFL Season

The Jaguars and Ravens are trending in opposite directions right now, so it’s no surprise to see Baltimore favored by 16.5 points here. The Ravens, led by 2019 NFL MVP Lamar Jackson, are tied with the Kansas City Chiefs for the best odds to win Super Bowl 55 at +700. On the other side of the coin, the Jaguars have the worst odds in the league (+25000).

Jacksonville is going to be in full tank mode in 2020, as it’s believed they’ve set their sights on standout Clemson quarterback and Heisman Trophy favorite Trevor Lawrence in the 2021 NFL Draft. This game is in Week 16, so there is a chance Baltimore will rest some of its starters for at least part of the game if it has a playoff spot locked up.

The Panthers possess arguably the best running back in the NFL in Christian McCaffrey, but the rest of the roster is filled with holes. Carolina could be ripe to be picked apart by the defending Super Bowl champions in Week 9, and the Chiefs are massive -14.5 favorites to do just that at the book.

Unlike some championship teams, K.C. didn’t experience much roster turnover in the offseason. Instead, they added star LSU running back Clyde Edwards-Helaire in the draft to give Patrick Mahomes yet another weapon on offense and kept star defensive tackle Chris Jones around for at least another year via the franchise tag. This game could be as one-sided as they come.

The 49ers looked like they were on their way to winning Super Bowl 54 before an epic collapse in the fourth quarter saw them allow the Chiefs to stage a comeback.

While the sting from that game will be felt by Niners fans for quite some time, the San Francisco faithful can take solace in knowing their team is primed to be a serious contender in the NFC for years to come.

The Redskins have a new head coach in Ron Rivera and will surely be a better club than the 2019 team that won only three games, but they’ll have their work cut out for them in Week 14 vs San Fran. Oddsmakers clearly agree, tabbing the 49ers as 14.5-point chalk to take care of business at Levi’s Stadium.

Here’s a look at the spreads for every game in the 2020 NFL season: