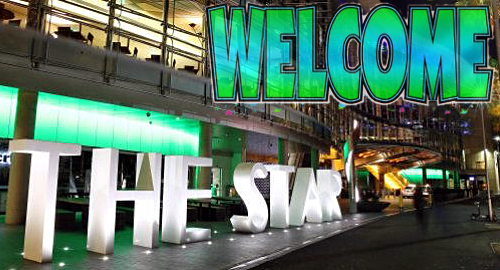 Australian casino operator The Star Entertainment Group is throwing COVID caution to the wind by lifting most restrictions on its flagship Sydney casino’s operations.

On Wednesday, The Star announced that its eponymous Sydney venue would allow “up to around 5,000 patrons” to access its “casino area,” in keeping with New South Wales guidance of allowing a minimum spacing of four-square-meters per person.

The Sydney casino, which was ordered to close in mid-March to reduce COVID-19 transmission, was allowed to reopen on a limited basis on June 1, with only 500 members of its loyalty rewards program permitted inside at any one time. The casino was also restricted to opening only its VIP-focused ‘private gaming rooms’ and a smattering of food & beverage outlets.

The Star has now thrown open its doors to loyalty club members, their guests and “the general public.” The property has also received permission to operate all electronic gaming machines and table gaming positions, provided appropriate social distancing signage is in place and individuals not from the same household maintain a 1.5-meter separation from each other.

The Star is also reopening its two Queensland properties in Brisbane and the Gold Coast as of Friday, July 3. The Brisbane casino’s capacity will be capped at 2,300 and the Gold Coast’s at 2,600, in keeping with the state’s social distancing requirements.

The Star’s CEO Matt Bekier said the “conservative approach” in reopening The Star Sydney gave the company “further confidence in our operating and safety procedures.” Bekier said the current stage will allow the company to “welcome back an additional approximately 3,000 employees” after laying off 8,100 staff in March following the shutdown order.

The Star said its Sydney casino’s performance in June had improved throughout the month as NSW authorities allowed increased visitor capacity. Starting June 19, when that cap was raised to 900 guests, average daily slot and table turnover was “comparable with 1H FY2020 private gaming room levels.”

Average spend per visit was “materially higher” than the average over the first half of the property’s fiscal H1 – although H1’s VIP win rate was the lowest in the company’s history – but the property’s overall performance in June was “significantly below normal levels given the operating restrictions.”

The Sydney casino’s new Sovereign room for international VIPs was originally supposed to open in May but this was impossible due to COVID-19. The Sovereign room will now open on July 3 with a formal opening scheduled for August (although the country recently stated that its borders would likely remain closed to international travellers until 2021).

The Star’s domestic rival Crown Resorts recently reopened its Crown Perth casino on a limited basis although its Melbourne property remains shuttered until the state of Victoria flattens its COVID-19 curve.