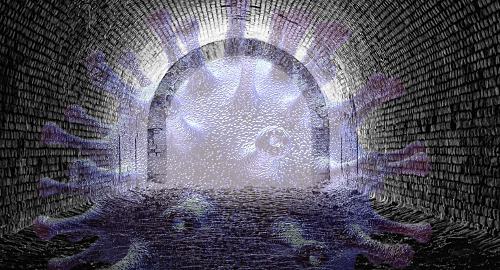 Massachusetts’ three casinos will remain closed until at least May 18 due to the state’s inability to get a handle on its COVID-19 outbreak.

On Friday, the Massachusetts Gaming Commission (MGC) unanimously voted to extend the temporary closure of its three casinos until May 18, in keeping with the latest orders from Gov. Charlie Baker. The state’s number of infections is over 62k, the third-highest in the US, while the death toll has surpassed 3,500.

MGC chair Cathy Judd-Stein said the situation would be reassessed prior to May 18 but noted that “the timeline to reopen is still uncertain.” The focus now is on developing a “responsible restart plan” with input from the casinos, state and local leaders and public health officials that will lay down ground rules under which the casinos could reopen.

The MGC ordered Encore Boston Harbor, MGM Springfield and Plainridge Park to shut their doors on March 14 to minimize further transmission of the COVID-19 pandemic. But Friday saw Gov. Baker order all state residents to wear facemasks in public when social distancing measures are impossible, suggesting this show is far from over.

Wynn Resorts’ Encore property has already begun sketching out its reopening plans, which will build on Wynn’s experience restarting its Macau casinos after that market’s 15-day shutdown in February. These include switching off every other slot machine, limiting the number of gaming tables and the number of people allowed to sit at each remaining table.

Massachusetts earns about $20m per month in gambling taxes, about half of which comes from its casinos. The state’s three simulcast racetracks are also down for the count and state lottery sales have fallen around one-third, leading the state treasurer to muse that legislators should have approved online lottery sales when they had the chance.

Massachusetts is hardly alone in this predicament. Illinois ranks fourth among US states in COVID-19 infections and the Illinois Gaming Board announced Thursday that it was extending its casino shutdown order “until further notice.” Thursday also saw Nevada’s governor pour cold water on hopes that his state’s casinos would be allowed to reopen at some point this month.

In New Jersey, which ranks behind only New York in the number of COVID-19 infections and deaths, Atlantic City’s casino operators have teamed up with integrated healthcare network AtlantiCare to formulate a reopening plan. The state’s total number of hospitalizations has been trending downward from its April 14 peak but there’s no suggestion that Gov. Phil Murphy intends to do anything anytime soon that might threaten that trendline.