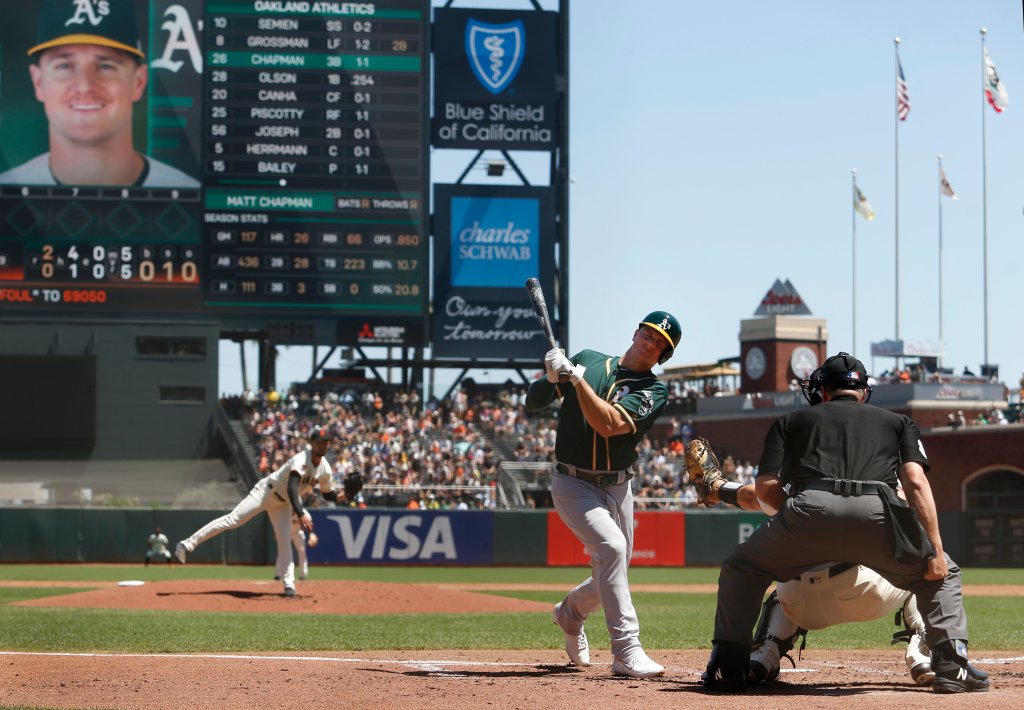 With coronavirus pandemic raging on, and now bringing a second storm, it was imperative that all players and coaches emerging from shelter-in-place to play ball again agree to a 113-page health and safety protocol.

From a universal designated hitter to rules that do away with such staples as spitting, high-fiving, and bat boys, this new baseball bible includes rule changes and guidelines that will make the game and this season look different than any others.

When will the season start?

Training camps open Friday for most teams, including the Giants. The A’s open Saturday. Each will train at its regular season ballpark.

The championship season of 60 games (in 66 days) will start on July 23 and 24. The schedules have not yet been released, but both the MLB and MLBPA have reportedly come to an agreement on that.

Pitchers and catchers still report first, though the entire squad shouldn’t be too far behind — perhaps arriving for workouts a day later. There’s one diamond as opposed to four or five in camps throughout Arizona and Florida. But the stadium are bigger and have more facilities that can be put to use for small-group training.

Are players sitting out?

Players that sit out without a pre-existing condition won’t get paid. So far, Colorado Rockies’ Ian Desmond, Arizona Diamondbacks pitcher Mike Leake, Washington Nationals’ Ryan Zimmerman and Joe Ross have all decided to opt out of the 2020 season for various reasons — none has a pre-existing condition. Desmond penned a powerful explanation, citing concerns with the virus and reckoning with racism he experienced in the league as reasons to pause and reconsider his role in the season. Any player with a pre-existing condition that might put him in considerable danger would get paid if he opted out.

Who will teams play?

Nothing really changes on the postseason front, though the concept of a 16-team postseason was floated in negotiations. The owners’ and leagues’ main goal was to keep the postseason timeline intact — starting as October does — to mitigate the potential of a second wave of COVID-19 forcing the most lucrative few weeks in baseball to a screeching halt.

There will be 10 teams earning postseason berths. Division winners and a wild card game per league with the same seeding as a typical season.

Will there be a trade deadline? What will other transactions look like?

Yes, there is a trade deadline on August 31 (changed from a typical July 31 deadline). Though, given the fraught nature of the season — health protocols, the fast-paced season — the deadline could be relatively quiet.

The postseason-eligibility deadline (players on the active roster who will be eligible for postseason play), was extended from August 31 to September 15.

Each team will start the championship season with a 30-man roster selected from a 60-man roster. The minor league season was officially canceled Tuesday, which designates teams’ alternate training sites as a quasi minor league camp from which players can be shuffled up and down.

Teams can carry a three-player taxi squad on the road, but they’re subject to the same transaction rules as any other player at the alternate training site. The players selected won’t receive major league service time, but will get the Major League per diem ($108.50) when the club is on the road. At least one of three players must be a position player.

An example for the A’s: They could carry pitchers Paul Blackburn and Daniel Gossett along with catcher Jonah Heim, who are all on the 40-man roster and could be in uniform should the team need to make a quick transaction on the road.

What changes during the game?

There will be no spitting, licking of fingers, fraternizing with the opposing team or bench-clearing brawls. Players, coaches and staff won’t be shoulder-to-shoulder during the National Anthem or playing of God Bless America; they will stand at least six feet apart. Hitters must carry their own bats, pine tar, equipment. Pitchers will need to bring their own rosin bag to the mound, and will have a wet cloth in their back pockets to replace finger-licking. Gum? That’s fine. Face-to-face lineup exchanges? Nope. That’ll be done on an MLB-designed online application. Bat and ball boys and girls? No way, auxiliary club staff will do that.

There will be a gap in baseball’s long history of cringe-worthy pitcher at-bats, too.

The designated hitter rule will be extended into the National League for this 60-game season. Perhaps setting precedent for the rule to stick come CBA negotiations for 2021.

Last season, the minor leagues implemented a new rule for extra-inning games: a runner is put on second base to start the 10th inning (and any inning that follows). That rule will be used in MLB games this season as a way to keep the short season moving and get players home early as possible.

The logistics: the batter in the order that precedes the batter due up in the next inning will start at second base. That player can be substituted for a different player — perhaps a speedster that can, in theory, put an end to the game on a bouncing bloop single. Official scorers will record the runner on as an error — but, no error will actually be charged. That keeps the pitcher free of an earned run mark on his stat line.

All players, coaches and a select group of staff will undergo temperature and symptom checks twice a day. They’ll get tested for the virus every other day throughout training and the entire season.

There will be a COVID-19 related injured list, and players don’t have to test positive to land on it. If any player had known contact with someone diagnosed, or is experiencing the virus’ symptoms, they can be placed on this IL, with no day limit.