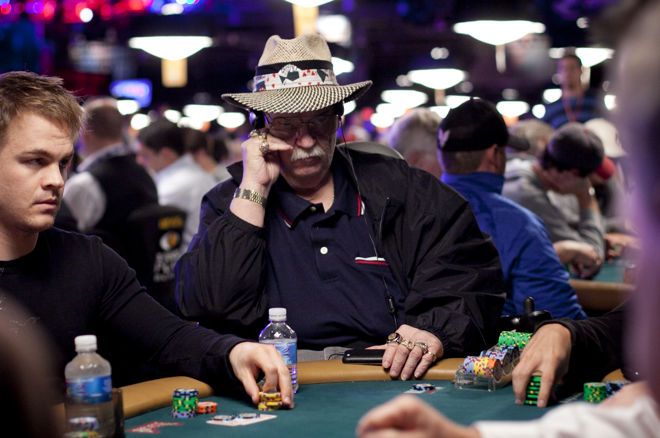 The poker world recently received the sad news that Bob “Big Tex” Talbot of Granbury, Texas passed away on July 8 at the age of 73.

Perhaps what Talbot will be most remembered for is his passion and dedication to poker. In addition to playing, he tirelessly helped promote events in Mississippi, Oklahoma, and other states throughout the south.

“Since traveling the tourney circuit I have made many friends around the country and have had a little luck on the felt,” Talbot wrote on his website, bigtexpokernews.com.

Those who knew Talbot shared memories of their friend on social media, including former tournament director Jimmy Sommerfeld:

“Bob Talbot seemed like he was invincible to me! Rest easy and Godspeed.”

He continued: “Every tournament he would look at me and say, I don’t know why I support you. You gave me a two-round penalty at the final table. I always laughed and would tell him I was afraid he was going to get pocket queens and dump all his chips. He was a stubborn old man, I said from day one I better get on his right side. I did get on his right side and he became one of my best friends!”

Noted poker photographer Eric Harkins added: “So sorry and saddened to hear this news. Bob Talbot seemed like he was invincible to me! Rest easy and Godspeed.”